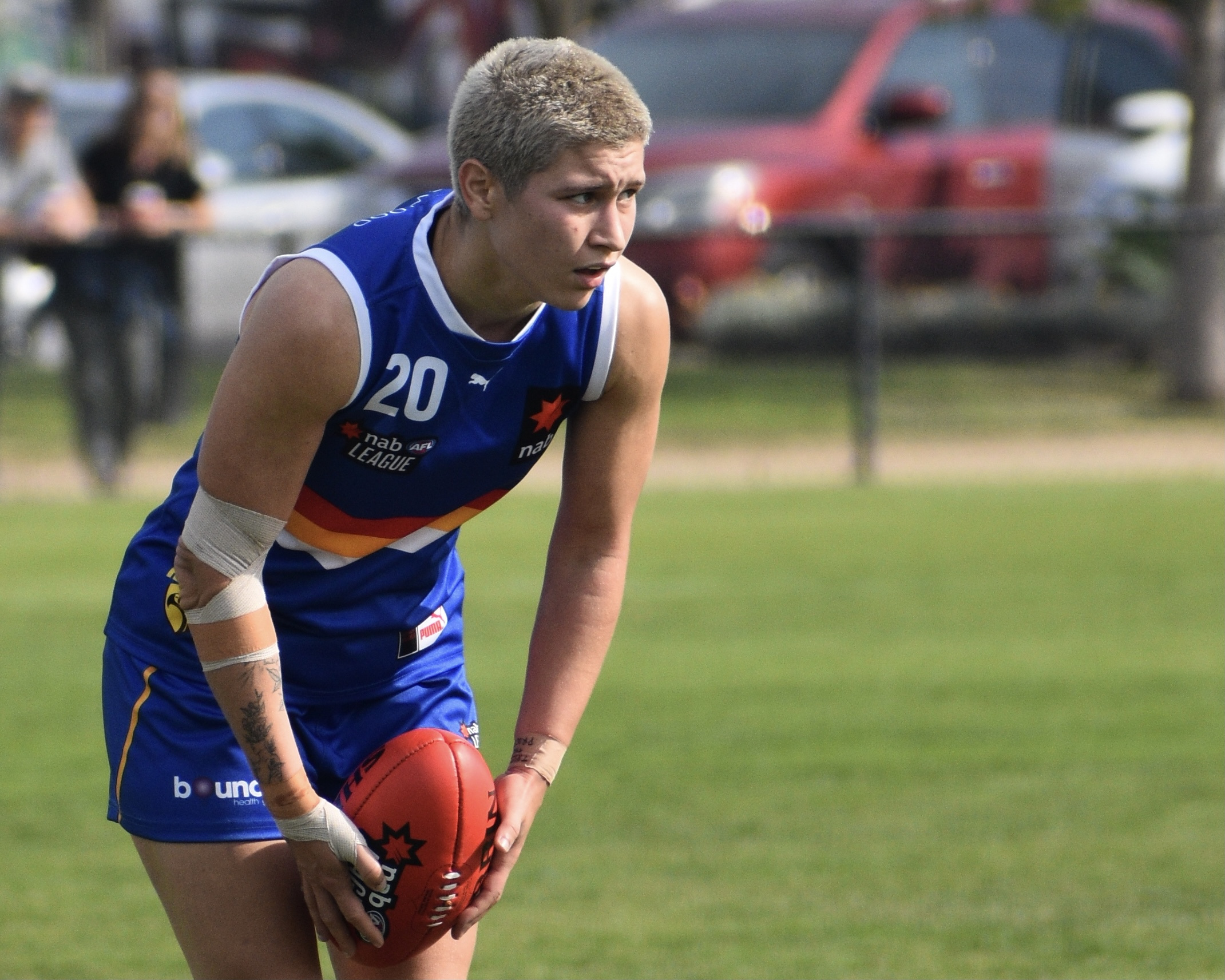 It was a dream come true for three Eastern Ranges players after being selected at the NAB AFLW Draft on Tuesday 27 July.

Head coach Travis Cloke said he was proud to see three of his players selected.

“It was surreal. To hear Keels, El and Georgia announced as AFL Women’s players. It was a proud moment. I was almost like a proud dad, I guess is the best way to put it,” he said.

“They are three very different athletes but they are all getting the same result. It’s a great message for the rest of our girls on how to push, how to dream for their future years.”

Eastern Ranges co-runner-up best and fairest winner, Keeley Sherar, had her name called out at pick 11 by Carlton.

Sherar, who featured in the Under 19s Vic Metro team, was among the first handful of selections from Victoria. Her 7.25 minute 2km Strava time trial ranked second across the country and third for all-time Strava time.

The 170cm midfielder became a crucial part of the Eastern Ranges midfield. According to Draft Central, Sherar had the highest inside-50 to rebound-50 differential of midfielders with more than 130 disposals, recording 34 inside-50s to four rebound-50s in the NAB League Girls competition.

She averaged 14.8 disposals and 4.8 tackles, as a consistent performer in each game of the Ranges’ 2021 season.

Carlton’s newest recruit put out a video after donning the Navy Blue for the first time.

“I’m so excited to be a part of the club and extremely grateful for this opportunity. Keen to get stuck into it,” she said.

At pick 32, Collingwood selected Eastern Ranges co-captain El Chaston. Chaston’s strong leadership qualities were a highlight during her time with the Ranges, while she also featured in Hawthorn’s VFLW side regularly.

“(She) comes with really strong leadership traits, also can play a mid/forward role, a bigger body lead-up forward at times, kicks really well on both feet and has a booming kick.

“We were really excited to see her come up against some senior women at Hawthorn and can’t wait to get her in the black and white.”

Chaston helped drive a strong culture at the Ranges as the Under 19 Girls became a tight-knit group. Her personal qualities extended off the field as she spearheaded fundraisers for charity. Her World’s Greatest Shave fundraiser raised over $7000, while another saw funds raised for the Alannah and Madeline Foundation.

Chaston said being drafted by Collingwood was ‘surreal’.

“I actually didn’t hear my name get called out, I think I saw it on the tv screen. As soon as I saw that, it was all a bit of a blur,” she said.

“I was pretty emotional. There’s been a lot of work that went into the last 12 months. Especially with Covid and what that brought. It was a bit of a relief and showed that hard work does pay off.

The new Magpie shared her first 24 hours at the club and wasted no time in getting to work.

“I went into the Holden Centre today and got a tour. I got to see all the facilities and the resources and it’s just amazing. It’s everything I could ever dream of and more.

“I stayed on to do a bit of a gym session. As much as it’s amazing to get drafted, now the work starts. It’s time to work hard and put my head down and make sure I get the best out of this opportunity that I’ve been given.”

And finally, Georgia Campbell was taken by Melbourne at pick 41 as the club’s first ever father-daughter recruit.

Campbell was regarded as the top Victorian ruck prospect from the 2021 AFLW Draft pool, having been named as the AFLW Under 19s All-Australian starting ruck.

“I’m so excited I went to school today and everyone was super pumped for me. It’s the most exciting day I’ve ever had,” said Campbell, speaking on Yarra Valley FM’s The Sport.

“To hear my name officially called out was the most exciting thing. I already knew where I was going, but to hear my name was just amazing.”

She said the decision to choose Melbourne came down to location and that she had already formed a connection to some of the club's players.

Eastern Ranges development coach James Kennedy acted as a mentor to Campbell. He said he was proud to see Campbell make her way to the AFLW and credited her as an “exceptionally quick learner”.

“At the start of the season, Trav asked me to come down for a couple sessions and work with a young ruck with a basketball and athletics background, given I have a very similar background myself,” Kennedy said.

“I haven’t left the club since and the connection we built this year around helping Georgia develop from a raw athlete trying to work this strange game out, to what I believe is a dominant ruckman in the making has been one of the major reasons for that, and very rewarding to watch.

“The Dees have a gem there.”

The Eastern Ranges Football Club wishes Keeley, El and Georgia the best for their AFLW careers. 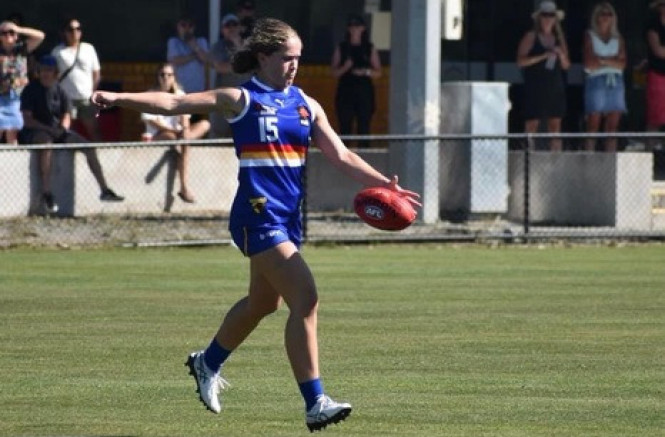